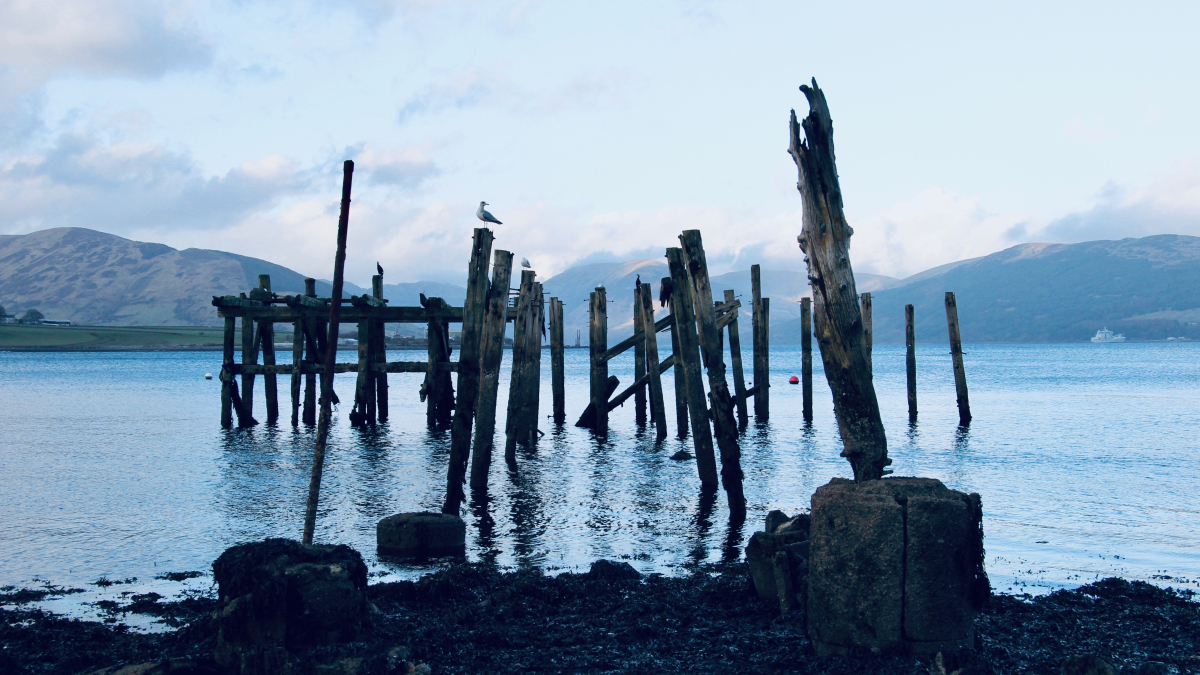 On April 22nd 2019, celebrated music photographer Cat Stevens visited the Isle of Bute & spent the best part of two days shooting Josienne for the cover of her new Rough Trade LP ‘In All Weather’, out on November 8th 2019.

This is the end result…

Here’s a small gallery of other shots Cat took that are being used in press or on the inner sleeve of the album or singles.

There’s plenty of other stunning shots that Cat took. I hope they make it out into the world on a future release or poster or something because they are truly brilliant, but I can’t share them yet, because they’re not mine to do that with. Do make sure you visit Cat’s website & instagram. She is one of the truly great music photographers, she wrote the rulebook, defined a look for a generation.

Something that IS mine to share, though, is the results of the location scouting that Josienne & I did ahead of the shoot with Cat. JC had a really clear idea of what she wanted. That blue of the album sleeve? You can see how that’s the colour of the skies over the island, which is where the album was written & kind of what it was written about. She knew that from day one, we looked in B&Q for a card of that colour, but really the answer was just copy it from the sky.

She imagined herself partially submerged by the ocean, at once inside it and on top of it. Neither triumphantly emerging nor being drowned, just, existing alongside it, both her & it simply being what they are.

She described a hazy, clean, blue-grey horizon. She talked about a wooden structure, and early on, described it made in the sand in driftwood, perhaps a boat, ruined then discovered.

Eventually, she realised that the world had done the work for her and that the ruined pier at Port Bannatyne could be an ideal location.

They say Bute used to be a popular holiday resort for the well-heeled travelling nobility of Scotland and accordingly, the island is littered with the tattered relics of a faded past, once a glorious seaside holiday destination to brag about, now ‘just’ a quiet, low-key island getting on with being itself. Nothing sad about it, though; Bute changed and carried on existing, grew, adapted and seems to be thriving nowadays. If that isn’t a perfect image to backdrop Josienne’s inscrutable expression on the cover, then I don’t know what is.

She bought that red coat knowing exactly the shade that would set her against the sky, stand out from the landscape whilst standing right inside it.

And we explored that coastline for days, looking for the right place to make this image. We shot some tests & sat with Cat and a tumeric latte on the morning of the first day of the shoot. Here’s a gallery from our early excursions, exploring the shore & finding out how the sky would look. She didn’t have the red coat yet and we hadn’t realised how perfect the pier would be. We just tried a few different things.

Then we decided to try the pier out and this is what we found.

There’s a bloke who lives in Port Bannatyne called John Williams, he’s one of those perfect photographers, everything he does is beautiful & he shoots this pier a lot. I felt kind of cowed even going near it with a camera, in his backyard, but he’s a solid artist (you can buy a book of some of his best work from his twitter profile and I strongly suggest you do) and he did not seem to mind, so that was inspiring & empowering. Thankyou, John!

And you can see how close I came; no cigars for me but no shame either. A few different colour treatments & some better framing and technique & I’d be good to go.

Here’s one from the same day, Josienne found me in front of a perfect pantone 2717 sky in my christmas socks with Barney the ratcatcher sniffing for a different kind of treasure on the beautiful beaches of Bute.

And here’s the finished product. You can pre-order ‘In All Weather’ from Rough Trade Records & on Friday 8th November, it will be live, streaming on all platforms. So much hard love went into this piece of art. My own part was infinitesimally small but I’m so proud that I got to see it happen & I hope you enjoy listening to & looking at it as much as I do.