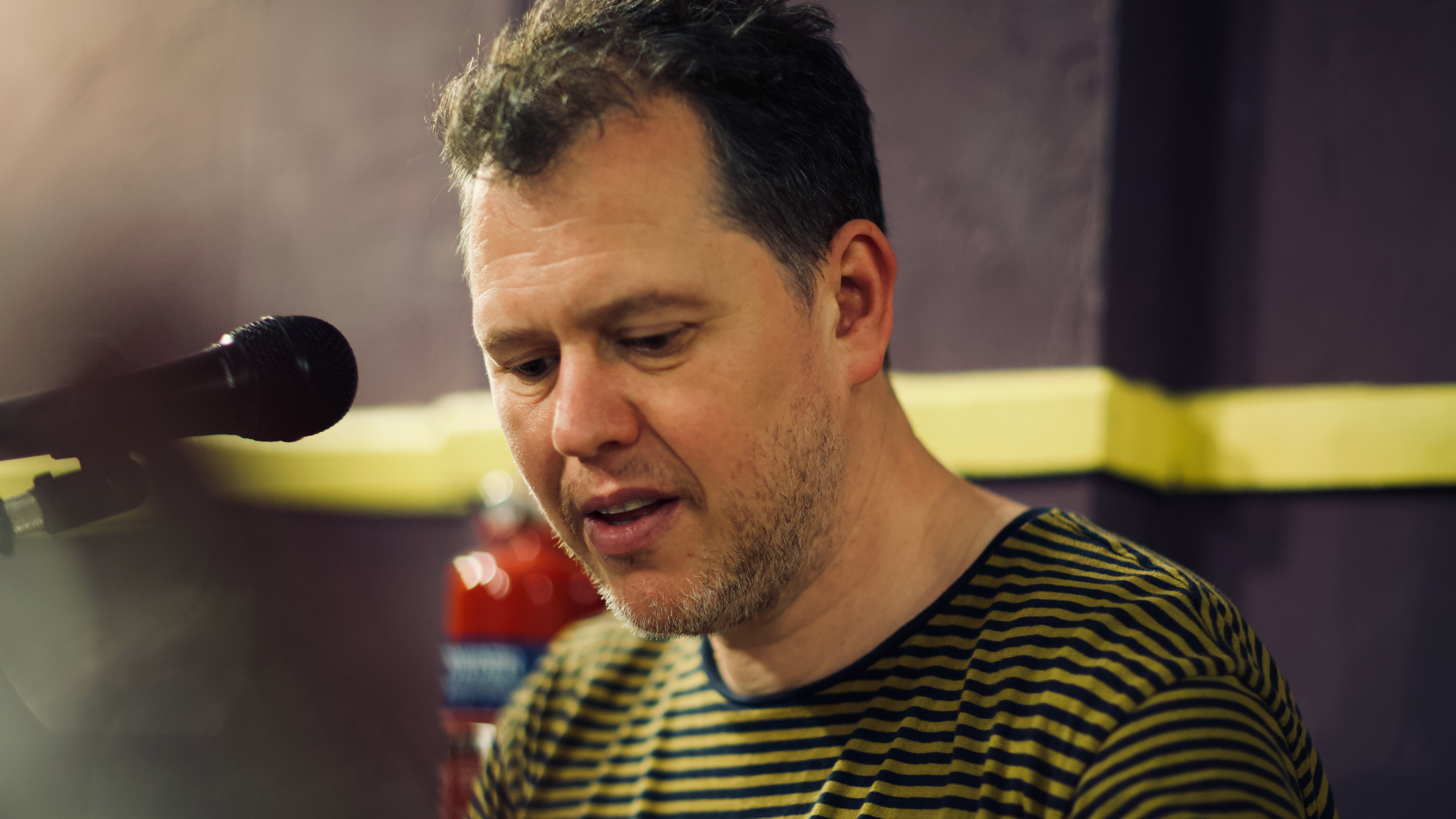 I made another video, this time for Paul Mosley, premiered by Folk Radio UK.

Paul asked me to make the visuals to accompany his beautiful song, ‘The 1970s’ from his album ‘You’re Going To Die!” From the first bar, it’s a show-stopping driving song that I’d put on a playlist next to ‘Thunder Road’ by Springsteen in a stuttering heartbeat, so I felt an immediate connection with it. That made the task of doing it justice a little disconcerting, but Paul had the core of a concept of what he was after and we worked it out from there.

Firstly, I filmed his band, The Red Meat Orchestra, as they rehearsed for the launch show for the album at a London studio. A photogenic bunch, they are, so this was an easy one!

Here’s a couple of my shots from the launch show, I was too busy with other things to shoot that night properly, but these give you a flavour…

Then, we arranged a location shoot in the Midlands for the following week. It’s a long song, I had over six minutes of story to tell, which was a fun challenge. Paul entertained the idea of making a single edit, but I think that would have been a shame & having seen the footage, I was convinced I could do the full song justice.

The lyrics really say it all. Sometimes, you just wanna sing along with the saddest song on midnight radio. Paul describes the song best himself, his words & the way his memories seem to work for him are so similar to mine. How thrilling to hear your own self described back to you. Paul says this stuff so we don’t need to.

“This whole album (‘You’re Going To Die!’) is about grief although it’s oddly up beat. Grief does funny things to your sense of time; lots of looking back but your memories are changed by the new knowledge of the loss. When I think of my mother’s life now, I think the heart of her story, when she was the most herself, is in the 1970’s when I was only small and my siblings were all at home. We often seemed to be in the car, at night, as a family. Somehow that’s the snapshot I have of her and us as our most together.

“Josienne Clarke is one of my favourite people. I wrote the part of “Delores’ in my folk opera ‘The Butcher’ especially for her and brilliantly she stuck around to be a full member of the Red Meat Orchestra alongside Jack Harris and ex-Mediaeval Baebes Esther Dee. ‘Sometimes you just want to sing along to the saddest songs on midnight radio’ felt like a very Josienne thing to sing – and as ever she brought an intelligent melancholy to it that I love.”

So, we needed to be moving. Reminiscing. Remembering. Not dwelling, stressing, or living in the past. A trip down memory lane, but with eyes facing forwards into the misty light, whatever it may bring. It’s a brave & bold song, firm, resigned & I wanted my video to do that, too.

So we got in a car and drove about ’til the light ran out & everyone went home. Here’s a couple of stills from the video, and then the main attraction.

I won’t analyse what it all means. Who is where & why. Who leaves & when. Where they are going. What they find when they get there. It’s just a journey. There is a reason & a destination, a point to it all. I hope it shows Paul’s vast internal well of humanity & the sheer size & weight of his beautiful soul.

You can stream ‘You’re Going to Die!’ here though I’d recommend buying it on Bandcamp here – if you’re quick, you might even get a free balloon like in the video! Are you team red or team yellow?

Thanks for reading, please do share, follow & ask me if you’d like to work together on whatever it is you are making, I would love to help.