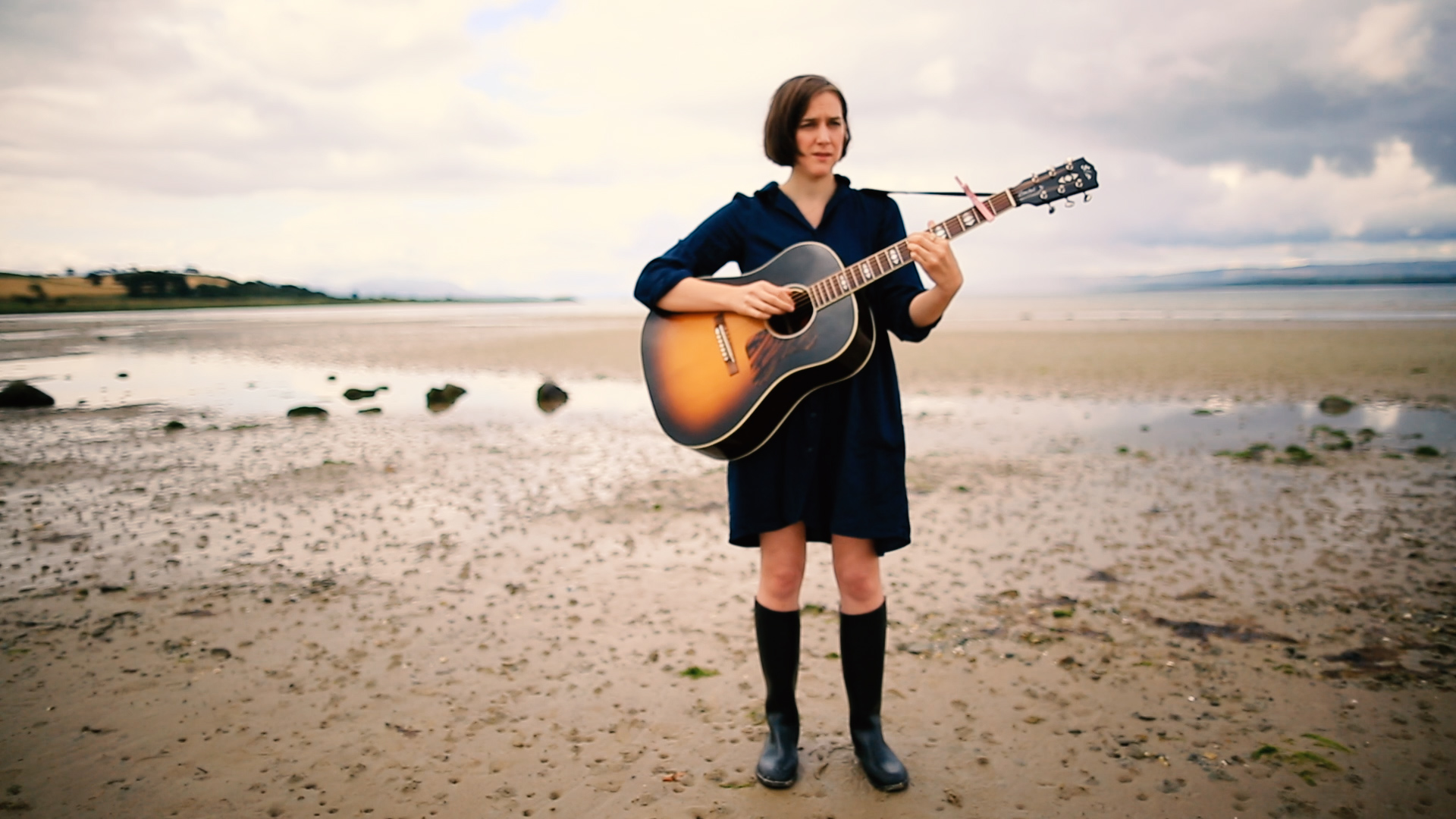 When planning the release of ‘In All Weather’, Josienne & I discussed how effective the Rough Trade Sessions videos were. I loved the intensity of those performances, the closeup, harsh, high contrast, like the sound of the song under a microscope of light.

And Josienne felt that we should do something similar for the new record. I love to see well recorded live performances of the songs, but how to do this? And where?

Where part was easy. Cat Stevens took that photo at Ettrick Bay, a long, deep, sweeping beach on the Isle of Bute, it’s a special location to the creation of the album that I’ve written about before. So, we knew if we could record there, it would be perfect. But a windy beach? With birds & dogs & kids & grownups, all running around, yelling & the sea hissing & waves splashing all around?

I like a challenge, and so I rose to this one. I realised, sound could be recorded in such a location, if you had the right kit. People do do it. So I used money I didn’t have to buy a Sennheiser MKH416, a Rode Blimp to put it inside & a cheap boom to connect it all to a little Sound Devices recorder. I set the Canon up on a tripod with a 24mm 1.2/f L lens and pointed it all at JC, who stood there & did three takes of each tune. They’re all perfect. I chose my favourite, synced it up in Premiere, a tiny grade and then export! Boom. Course, you need the right eyes & ears to bring all that magical professional kit together into the finished thing!

There’s a funny outtake where a wasp flies inside the guitar and she starts yelling & freaking out & I just stand there, holding the microphone, not knowing how to help, but I won’t embarrass everyone by uploading that to youtube. You’ll just have to imagine. Thankfully, you don’t have to imagine the songs, because they’ll all be on YouTube soon.

For now, here’s the first one: Seconds.

I love the sound of this. I didn’t process it at all. It’s straight out of the recorder. Such a natural sound, exactly what it was like to stand there as she performed.

A family wanted to know who she was & could they find her on the internet, yeah, I said, as I tried to hold 6 kilos at arms length for an hour, without a solid base to put it down on. Got loads of sand in the XLR jack sockets. Pressing all the right things, getting it all in focus & recording properly, just me, was a hilarious challenge! I’ve still not cleaned everything out properly, but nothing seems to care. Listen to the seabirds singing along. Doesn’t it make you want to as well?

There are two more of these to come. One next week, one soon after. Another original song, and then something else, a cover, a deep cut for the old school fans. I’m so excited for you to hear. You won’t be disappointed.

And then – I can do this again! For you! The microphone sounds so good. If you’d like a location shoot of a live song of yours, then please do ask me. I’d love to make more. It doesn’t cost the earth, depending on what you want and where you want it. So it’s well worth asking. Get in touch. Thank you x

Come to see this done with a full band at London’s fancy Bush Hall – this is going to be one for the history books, don’t miss it!