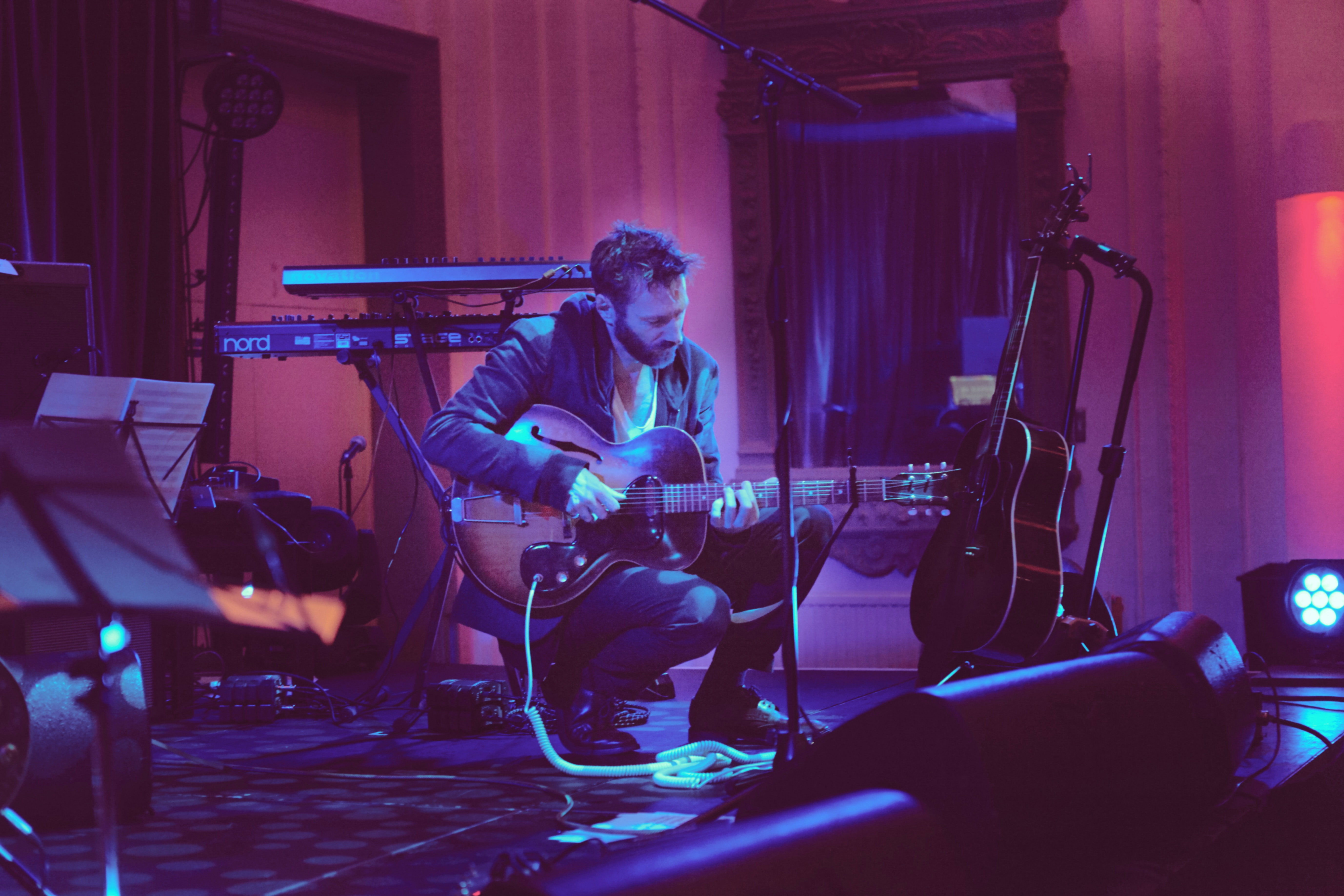 Next week, I’m heading to Superfly Studios to record my solo album, which I am delighted & terrified to announce is entitled…

Andy Banfield, studio owner & all round brilliant bloke is the engineer & Josienne Clarke (have you heard of her?) is producing. Richard Littler (of Scarfolk fame) is designing the cover, including a photo that you haven’t seen yet by Trevor Hamilton. I’ll show you sometime soon! Today, though, just words.

The studio is in a small heartland disturbance of a village, a strange ex-coal mining place riven by political stuff I’ll never really understand. The local tory mp is often there, showing how devoted to local issues & poor people he is by standing in front of a roundabout with an angry bloke whilst voting in parliament to remove human rights & sell the NHS. It’s a weird backwater, far enough away from anywhere else to feel hidden and it has a Hammond C3 with a Leslie, a Rhodes 73, a Wurlitzer piano, a Moog & a huge cupboard full of magical microphones & boxes that make odd noises. What a perfect playground. I’m not hiding backstage anymore, making coffee & carrying the baggage of someone else’s lifetime. This time, it’s me under the microphone. Squeak.

I’ve been writing this album for a while. It’s made of ten/eleven songs about how feelings feel, ruminations on why & what I’ve tried to do about it. There’s no character acting on this record. Every I is Me. It’s angry, sad & resigned journey of an album. I like anger in music, but not directionless swearing or insults. I try to say exactly how things hurt & why. Cut into the carcass of it, let it bleed on the surgical steel take & photograph it for the record. I hope you listen to my album & remember when you spent time with someone who made you feel that way & you weren’t sure why & you tried to say it out loud & couldn’t, so you boiled over in frustration, hoping against hope that the feeling would go away if you left, so you did & it did, but it took so long you could never say when it changed. The fact you’re reading this means you survived, though, and that’s what my title, ‘I Used To Be Sad & Then I Forgot’, means.

Because, of course, you see, I never forget anything & I doubt you do either. But time, as they say, is a great healer. If it hurts for you, now, then I promise you, try to describe kind of how, it will get easier. If you used to hurt & you don’t anymore, then maybe something of my journey will reflect yours & you’ll feel close or like you want to share it. I hope I managed to write in some hope among the resentment & frustration. I think everyone has that, however hard it feels. We all want it to be ok, even if it feels like it can never be.

I try to not preach or wallow. I dislike music that does either of those things. It’s harder to write this stuff without doing it, but here, I’ve done my best. It’s a downbeat listen. It’s diminutive, slow, maudlin, melancholic. I’ve shared a few playlists of influences in the past, and they’re good reference points, if you’d like to hear.

When I’m writing, I always think I sound like Ruston Kelly but I only ever sound like me. My producer has been invaluable in finding out exactly what I do sound like, scraped away the layers of dirt & found the man inside. It’s an acoustic guitar record. There are singalong choruses, I love those. It’s not clever, there’s no olympic playing, no perfect pitch, no strange tunings, no odd scales, nothing is there for no reason. This is a bleeding wound of a record, scar tissue barely formed, proud of all it is, all it can ever be. That any of you come along and give me your ears, even for a minute, is more than this boy ever felt he deserved and so my gratitude weighs a ton, and I reckon I say that better than this on my album, so please, come along with me while I make it. I’ll share as much behind the scenes stuff next week as I can.

I am so happy with the songs I’ve written and I just hope I can realise them in a way that I hope. The studio sessions finish on Friday 9th, then it’ll need mixing & mastering. Not sure who will do that yet. I’ll make a short run of CDs and release it physically & digitally onto Bandcamp sometime in March.

That photograph at the top of this post is by Nigel Lupton, it’s me tuning guitars onstage at Bush Hall for Josienne in London a few weeks back. This time, I’m doing it for me. Wish me luck.