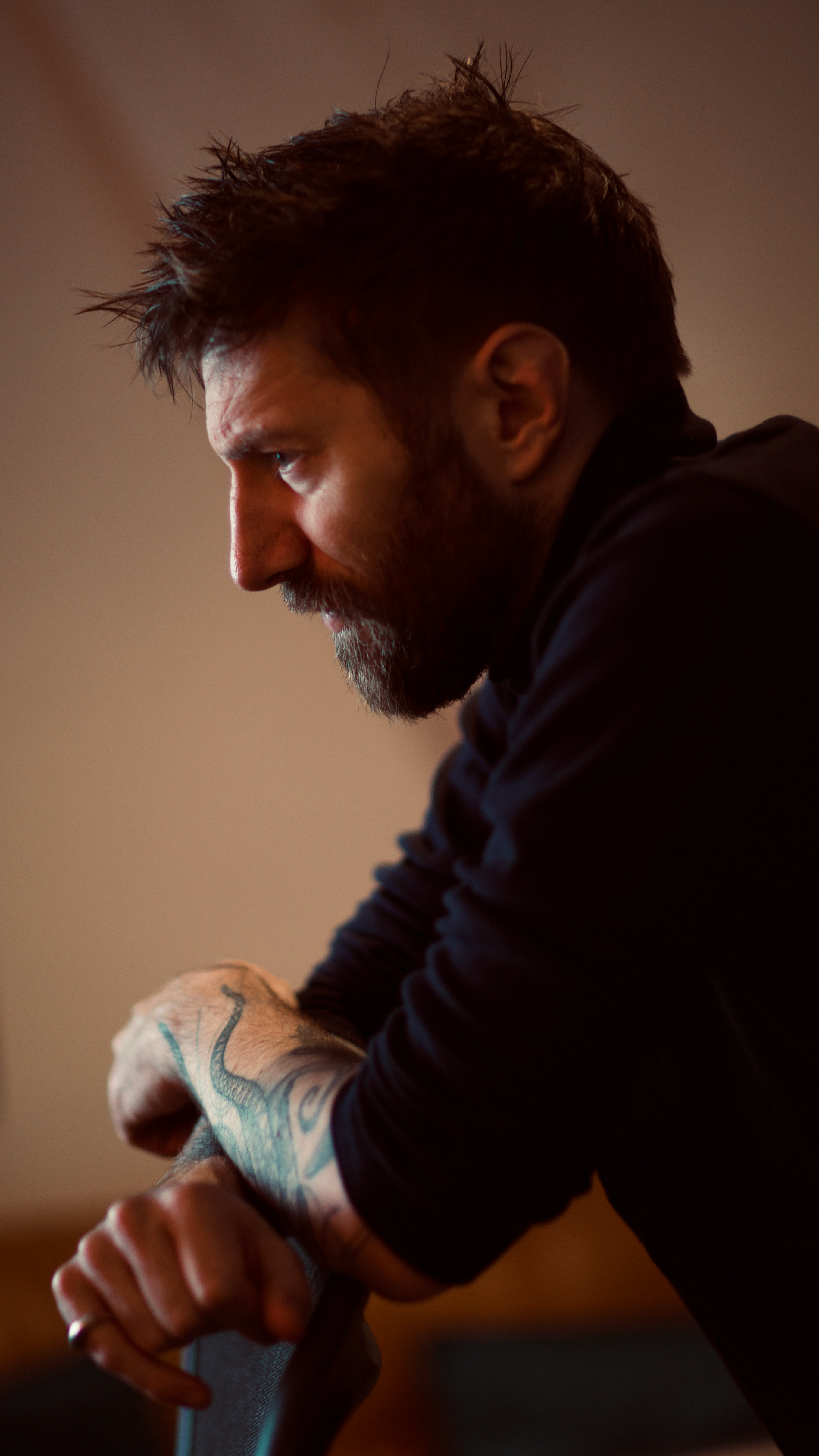 Today was my first day of vocals. I feel like I’ve been x-rayed, my skin flayed, laid bare under the harsh industrial lights of a post-mortem table. Every ounce of meaning I wrote into those words has to be strangled out of me, collected in a vial for infinite scrutiny by the wide world, forever. The door is closed on changes. If I didn’t mean that, it’s too late. If I don’t sound bitter enough, or if I sound too bitter, well, it’s tough shit time, sonny. Suck it up & that’s what I’ve started to do. It’s such a strange kind of draining, almost literally.

The most terrifying thing about today, though, was nothing to do with me at all. Imagine. I’m surrounded by folks who are sympathetic to what I can do & what I cannot, who understand what my limitations are & care enough to help me overcome or work around them. This is a valuable & precious thing. They understand art enough to know that people who make it might have requirements for the conditions they need in order to create things. They value me & what I am trying to do enough to support & care for me, create a safe space for me to fail in if I need to, they help me keep my exits wide. That lets me get it wrong & wrong & wrong again & then a magical take that does everything I need appears. They say I’m good by the fourth time round.

Imagine how that would feel if you didn’t have that tight circle of care & nurture. Imagine being so exposed, giving so much of the core of yourself to people who took it for granted, who couldn’t nurture you, who didn’t know how just how to hold you, who just used what you made as an excuse for their own access & advancement. Who, rather than nurture you, told you what you had was nothing and that without them, your art would be meaningless. Who did that in such small ways, over such a long period of time, that it couldn’t be described or captured or seen. That would be a nightmare, wouldn’t it? My heart is still a fist in my chest in empathy for someone I know who faced that situation. But it’s over now. It’s all done, & here we are.

Here’s Josi (producer) & Andy (engineer) wrestling the alchemy from my veins, see how easy it looks:

And Josienne playing the harmonium; honestly, you’ll need to sit down when you hear how this part sounds…

And here’s me playing Super Mario Kart on Andy’s SNES while they do a thing called comping that i have never heard of but you wouldn’t believe it was real. Maybe I’ll tell you about that tomorrow. Superfly is a great place to make a record.

It’s sounding nice. They have microphones that make my voice work how I want it to, keeping my songs & lyrics front & centre, putting that sense straight into your ears. We’re five vocal tracks in the can with five more tomorrow, then we can start overdubs. Keep me in your thoughts, my beautiful friends & I’ll do the same for you.