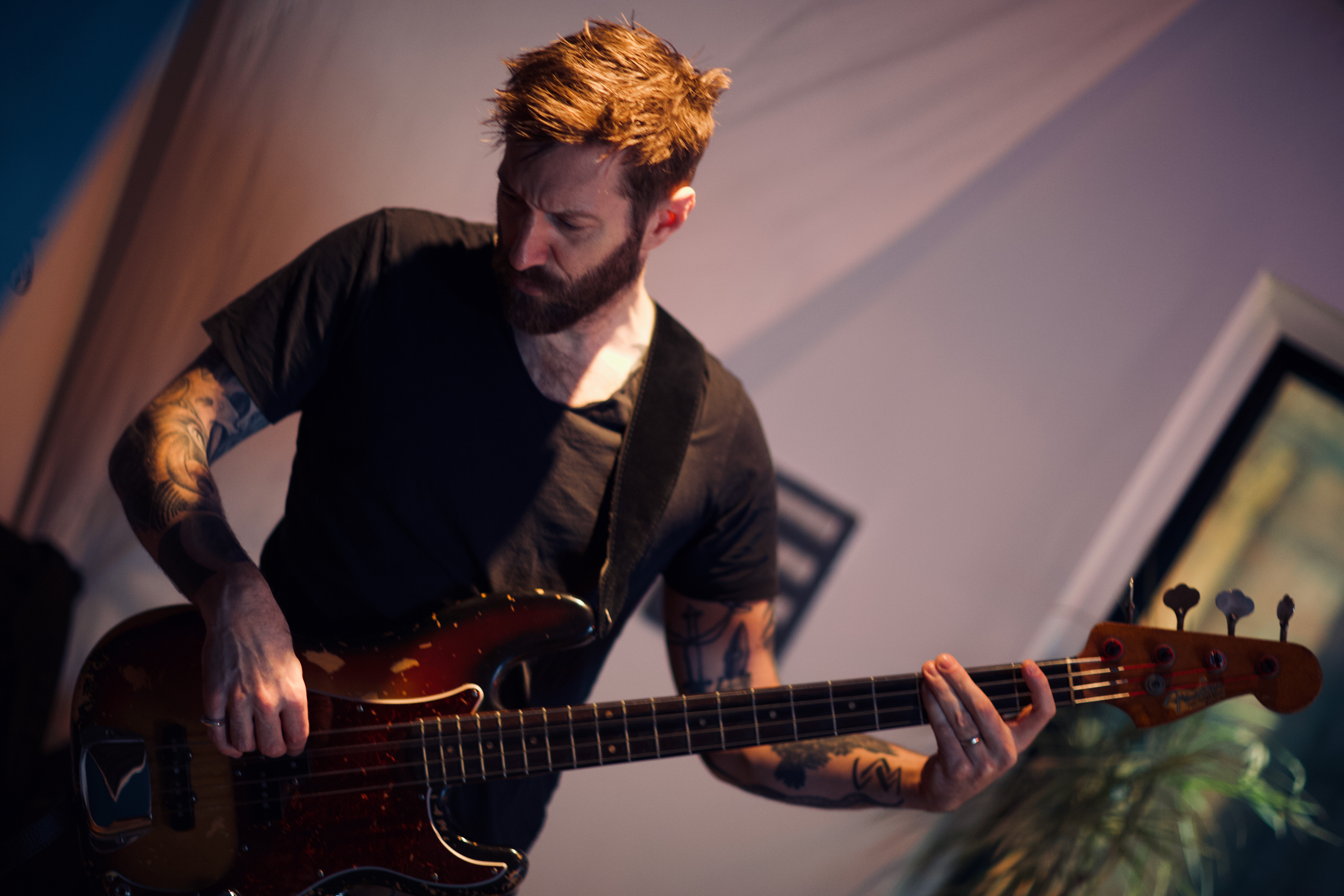 Well, that was a day I won’t forget. I started off with vocals for a track called ‘Patience’ (yes, I know Take That & Guns N’ Roses both have a song called that, that’s a reason to do it, not a reason to not) and it just about killed me.

It’s an important turning point, that track, half way through the album. A realisation / resolution moment. It’s fragile, bitter, a pledge, a statement of intent, a low point but facing up, not down. I’m talking to myself, thinking nobody else is listening. I found it pretty hard to subject it to the intense scrutiny that the studio brings. To perform it that naked. To be so vulnerable. It came out so much weaker than I hear when I sing it to myself. I thought it was a brave battle cry of a flesh-wounded but still fighting man, in fact, it’s the dying whimper of a struck animal, begging to be put out of his misery, resigned & unsure of the nature of the light at the end of the tunnel. So it took a lot of takes to get right. I have to adjust to how this one actually sounds, rather than how I thought it did. I’ll be nervous to share it, and hopefully that is a sign that it has some value.

Then I did two more tunes pretty easily, they came out sounding nice and then recorded the album’s final track in practically one take. Again, it sounded so much more vulnerable than how I hear it. In my head it’s all powerful and defiant, a triumphant finale. In playback, it’s so diminutive. I’m a tiny dog on a summers beach, leashed & shouting at the top of my voice at all the other bigger ones, apparently unaware that I’d be skinned alive in a heartbeat if they got loose as the adults look on adoringly, aw bless, look at his angry little teeth & paws.

Well, it is what it is. I then got to play some bass, which is a first love situation for me. I learned on my old schools battered double bass. I miss playing double bass. Maybe I’ll do it again one day, who knows. Andy has this 60s Precision with a neck like a knife that plays & sounds beautiful. We used his Ampeg combo (I don’t recall what model) in the live room and I played it from the control room. It’s a trick which means you can play along with either headphones or with studio monitors or both, and the microphone in front of the cab just gets 100% sound from the box. It’s a strange but satisfying way to record. I think 3 tracks of that. Maybe 4. Nothing showy, just lovely warm rich roots to grow the guitars on.

Then Josienne & I played some more electric guitars. The album could be really covered in bits like this but we’re using it sparingly, subtly, carefully.

Josienne took these photos, apart from the ones of her, which was me. It’s my Canon 5Diii with an 85mm prime set to f/1.2. Pretty handy at such close quarters in such nice light. Funny things that happened today included all Josienne’s instagram stories, which are pretty good, she’s an Instagram story professional & also when the cleaning lady (who was working on her day off and when I asked why, she just sadly shrugged) said my pot noodle smelled like ‘the donkey that carried baby Jesus’ which I thought was a kind of beautiful thing to say.

Then she asked me how long I’d been singing for. My whole life, I replied.

Thanks for reading. Tomorrow is for overdubbing bowed things, woodwind, keys, bass, hitting pianos with sticks & just generally splashing strange pitches around the room, so I’m looking forward to that & don’t worry, I’ll share all the details here tomorrow!