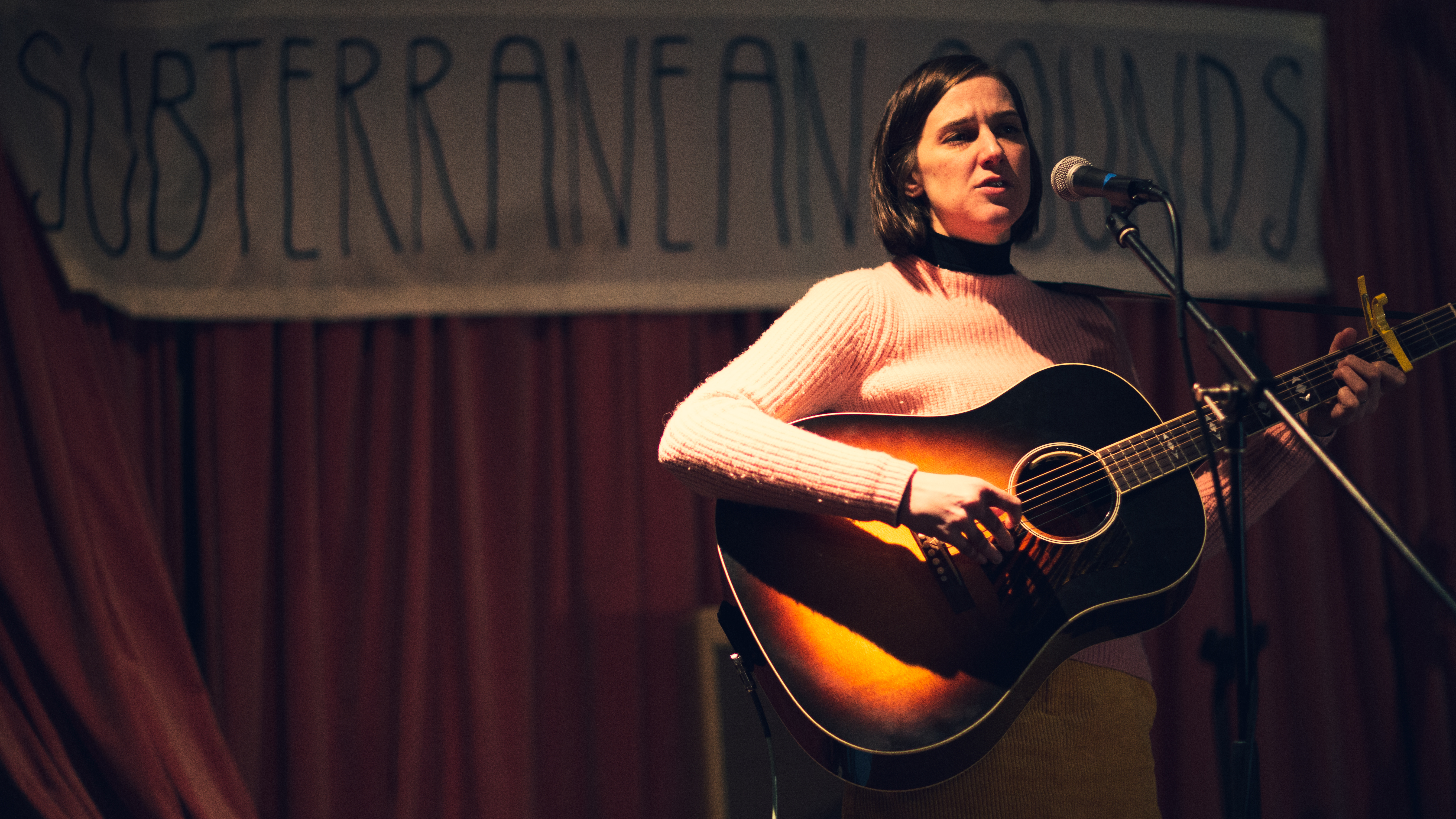 It’s been a crazy start to 2020 – Josienne & I spent a week touring Ireland then headed off to Scotland to make a music video. We drove the whole way. Covered something like 3,000 miles in a car. I wasn’t sure survival was an option during the ferry crossing from Holyhead to Dublin, 3.5 hours in 4 metre swells – I’ve never felt so travel sick. We stayed in a fascinating series of places & met some wonderful & terrible people. Truly, touring is a train wreck of the best & worst of humanity.

Here’s Josienne before the Waterford show.

I was doing my usual thing – driving, photographing, tweeting, tour managing, arranging stuff, carrying boxes, loading in, loading out, fielding questions about whether or not I’m playing myself, helping on the merch desk & generally just having a fucking ball of a life with Josienne.

I don’t know, does it just make no sense to anyone else that I’d want to do that with my time? Folks look at me like I’m mad because I’m there, just sort of quietly helping. Not trying to make it about me. It’s her show. Not mine. I play the guitar & bass. I write & play my own songs. I love doing those things. Josienne helped me make an entire album that I’m releasing soon! I don’t play with her band, though, and folks struggle so hard with that. I bothered to come along, so why don’t I take part? I’m a bloke & she’s only a little female. Man up!

Think of it like this – I happen to believe that she’s an important, valuable artist and a terrific, fun & inspiring person, so spending time with her is just good. It’s where I want to be. I enjoy supermarket shopping with her, too. She likes it, it’s useful, I can do things that help her out. Gigs are her job. It’s harder work than you’d think. It takes a toll. She needs things, and sometimes, it’s not what you’d expect. I try to give her those things freely & to the best of my ability. It’s an exciting & rewarding life, hanging on her coat-tails, watching her through a lens, dreaming of playing to her, helping her do her thing. I could be no happier. If I tried to insert myself into that, into a redundant sideman role that doesn’t exist, if I made her hang a percentage of her life’s work on my shoulders, took the applause for a thing that was not mine, that I did not make, then what kind of man would I be? She wrote those songs, recorded them, played them & sung them. That’s how they go. They don’t need a bloke wanking all over them. They never did & you know it. If I tried to steal credit, use her to access a life I never earned, I never worked for, I never gave up anything for then how could I claim that I was in this for the right reasons? I’m right here, and if she ever needs a mediocre bass player or guitarist, she’ll ask & I’ll do it. Until then, I’m a pig in shit right where I am, sat by her side, doing my own thing while watching her fly & sharing my view with you.

Bit of an unplanned rant there! Ha. Better out than in.

Here’s a few other shots that I grabbed of the locations we found ourselves in. Shout out to Derek at Spirit Store in Dundalk – a great venue that seems like a perfect nightmare when you’re driving up to it and then – boom – there it is, a perfect little place. Reminds me of a venue in Paris I’ve forgotten the name of. Nice work. Also, Tom, Patrick & Garret who run nights called Subterranean Sounds at the Phil Grimes pub in Waterford are truly best of us, they are. What a show they put on. If you’re near, be sure and go. Garret says they’ll book me to go play in their room and I reckon I’d die happy right there onstage if that ever happened. I told him, have a listen to my record first, mate. He said OK. We’ll see.

There’s our hotel room in Dundalk, the ferry crossing, a swan on fire in Dublin, Waterford in a canal, Josienne relaxing after the show in Waterford & the time she visited the afterlife on Paul McCloone’s show on Today FM.

Here’s Misery Hill, Cry Chapel & a Hostel that I am sure is fine & safe:

Then we drove over to the north east coast of Scotland, through the Cairngorms to shoot a music video. I cannot tell you a thing more yet, which is a bit mean to even mention it, apart from, you will know who it is for and from spending the afternoon scanning through the footage as I import it into Premiere Pro, this is the best thing I ever shot. We got so lucky on the day, it was one of those ‘everything fell into place’ things and the results will be along soon. It’ll be worth the wait, I promise.

Here’s Dublin port as we were about to set off of the return journey, a much more relaxed affair and a Dundalk candle, burning in a bar.