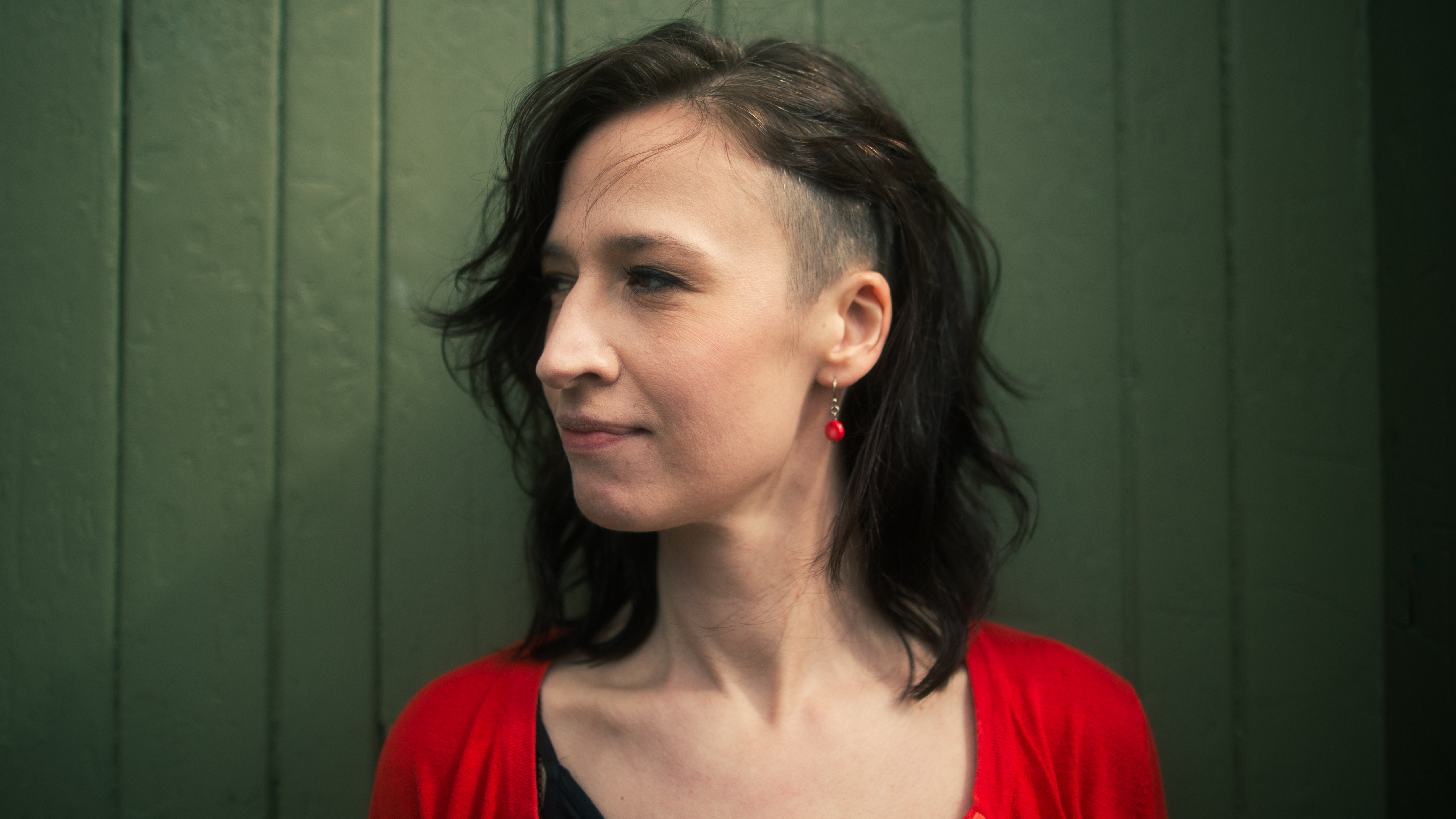 A few weeks ago in a blog post, I asked if anyone was up for a free photoshoot in Glasgow to give me a chance to practice with my new Pentax 67 120 medium format camera. I got a willing volunteer, more below… but on the day it arrived, I shot a roll of the stone mermaid who lives in the garden & got these two wonderful photographs with it.

That’s with the 105mm f2.4 lens fully open, shutter speed of either 1000 or 500, hand held, on Portra 400. They say this lens renders legendary bokeh and clearly, they are not wrong. The meter in the prism isn’t really TTL (because the sensor is on top of the body, so if you use an ND, you have to manually compensate) but that is easy enough and I was pretty excited by the potential shown in these early results.

The day was clear blue sky, almost too sunny, so we spent time looking for shade on the streets of Glasgow.

Here’s a pile of old mattresses, some peeling walls, a chair & an ominous hole filled with a brick, but I wasn’t trying to make Jenn seem gritty & urban. I wanted something cleaner, so we kept walking.

These first shots of Jenn were taken on my Canon 5D mkiii with a 24mm f/1.4 for metering. In real life, using the P67, I don’t think I need to meter with digital again. It’s so intuitive to use on it’s own. From the look of the mermaid, the meter seems reliably calibrated. So next time, no digital comfort blanket. I thought I’d share these here, because, whilst they are really only light tests, I like them & reckon they’ll be an interesting comparison for when the 120 stuff comes back from the lab.

I decided to us ND & pro-mist filters (1/4) on the 105mm f/2.4 & 55mm f/4 lens I had with me and do the maths on what worked given whatever the sun was doing. It was kind of a thrill. Changing film in the field is 4 times more time consuming & fiddly than with 35mm, but I’m hoping the results justify it. It’s kind of theatrical, this huge loud shutter slap then, every ten frames, setting up a miniature lab under a motorway bridge and trying to move all the bits around. Next time, I’ll unwrap the film I intend to shoot and store it in a tin so I take that step out, make it a little easier on myself. The battery lasted for the whole shoot – I had been told the light meter is power hungry, but I was shooting nonstop for a couple of hours and got through 5 rolls and it’s still testing positive. So that was a nice surprise.

Jenn was supremely patient & a wonderful subject, thanks for doing this with us & I hope the end results are something we can both use!

Jenn left us to it and the excitement of the sun & of being at least vaguely around other people was too much, so Josienne & I went to find coffee. I put the 85mm f/1.2 on my 5D and shot a few by the river. If I’d have had longer, I would have liked to have done that with Jenn, too, but you can’t push your luck too hard in these situations or nobody will want to hang out with you anymore. So, enjoy these last few and I hope you’re as excited as me to see the end results!

Thanks again, Jenn, for being such a great subject.